Accueil » Culture » [ENG] « As homing pigeons » they will return to Aleppo ! 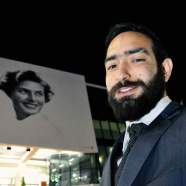 [ENG] « As homing pigeons » they will return to Aleppo !

« While we were shooting we thought, many times, that we are going to die ». Hanna Karim is a Christian from Aleppo in Syria, who stood against the barbaric invasions of the « Islamic State ». He did not leave his city. He watched Aleppo being destroyed and his friends being killed by these monsters. He finally decided to make a movie about the return to his motherland. He dedicated it to the city, the souls and the martyrs. « As homing pigeons », Hanna’s movie, is participating in the Cannes Film Festival in the the Short Movie Corner.

After achieving the whole procedure to film, the majority of the crew did not come. The situation is dangerous and Hanna has to do it by himself. Directing and filming at the same time. It was kind of a solo work. Only five actors had the courage to be with him : George Bhar, Julie Badro, Youssef Shahhoud, Sandra Al Hay and Christa Shahhoud.

« While we were shooting we thought, many times, that we are going to die », Hanna says.

After 3 hours of shooting, a tunnel explosed nearby causing the destruction of the whole area.

Hanna tells a story about the displacement of Syrians from Aleppo, the oldest inhabited city in the world, and its cultural and historical monuments’ distraction. Believing that one day will return back and be loyal to the motherland as homing pigeons. 12 emotional minutes from the downtown of Aleppo. No conversations but few sentences and expressive scenes.

« The film is about a feeling more than idea. My city is my everything. I believe that even if the war dispersed us we will come back », Hanna says.

The family returns to Aleppo to find out that everything was destroyed. «It is impossible to forget the first day. I remember it was at night the kids and the tears this day was the last day i saw my home. For some Aleppo is just few stones, others see that it is about the people there or just about some news. For me it was my heart and life », this how Hanna starts his movie.

Then, he takes you to the old city, which turned into the most dangerous city in the world. Every member of the family experiences the destruction in his way and will absolutely find hope in all that mess. A backgammon, a violin, a rose or even a ruler is left from a whole life the family had in the city.

In the roar bullets and in the thunder of bombs, the scenes were shot in mosques, churches, restaurants, but everything was totally destroyed so you can barely tell where they are.

The director takes us back to the explosions and softens the harsh scenes by a feminine voice singing « God became a refugee ».

Hanna, like all the syrians, lost many of his family members and friends during this war. Lately, Daesh killed a young basketball player Nour Aslo. Her only crime was staying in Aleppo and playing sports. His first wish is peace for his country and then he will maybe think about himself and wish if he can make more films.

« I will be waiting for the pigeons because they never miss the way back home », the movie mentioned in the end and the displaced people from Aleppo will never miss their way too. 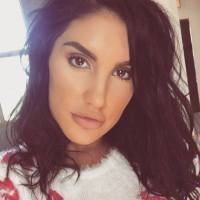 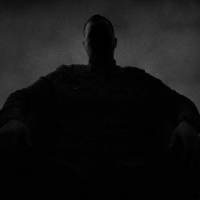